The rivalry between the MacBook and the PC laptop has been ongoing on for many years. It is as fabled as the legendary battle of David vs. Goliath. On the one hand, the MacBook, and particularly the flagship MacBook Pro, is famed for its exquisite style, exceptional build quality and lightning speed of use. On the other hand, the PC laptop, featuring the Windows operating system and manufactured by a variety of brands, is celebrated for its inexpensiveness, its accessible user interface, and the usefulness of its programs. The battle continues, with several excellent new laptops from both sides of the debate hitting the shelves in the first few months of 2016. This blog post will take a quick look at some of these newest models and the ongoing battle between the two competing formats.

MacBooks were first released under the guidance of Apple’s technological mastermind, Steve Jobs, in 2006. MacBooks differed from PC laptops in that they were often more expensive than their counterparts.

They also made use solely of the OS X operating system, yet featured groundbreaking aesthetic design, lightning­-quick performance, and minimal background noise.

They soon became immensely popular across the world and are currently the best-­selling laptop model worldwide, being sold under the ‘MacBook Air’ lightweight edition, the regular MacBook, and the ‘MacBook Pro’ model.

PC laptops, on other hand, first appeared on the scene in the 1990’s, specifically with the release of IBM’s seminal ThinkPad.

Since then, models such as the Sony Vaio, HP Pavilion and Acer Aspire, celebrated for their ease of use and relative inexpensiveness, have achieved millions of sales globally.

As opposed to MacBooks, PC laptops make use of the highly familiar Microsoft Windows operating system, itself featuring the Microsoft Office Suite amongst numerous other useful desktop programs.This, in turn, appeals to a wide variety of demographics: students catching up on assignments, office workers creating PowerPoint presentations, and beginners attempting to use personal computers for the very first time.

What is the difference between a Mac and a PC laptop?

When faced with a physical model of the top level 15” MacBook Pro and that of your run-of­-the­-mill PC laptop placed side­ by ­side, you will most likely spot some marked differences in aesthetics. The current line of MacBook Pros, for instance, makes profound use of a utilitarian design ethos. Featuring striking curves, expensive materials, wafer-thin bodies and the ubiquitous ‘Apple’ logo on each cover, the MacBook Pro 15” model has praised by many for its stunning beauty.

On the other hand, PC laptops enjoy the accessibility and universality of the Windows operating system, complete with easy­ to­ access menus, a straightforward folder structure and extensive customisation abilities. Nonetheless, the popularity of the iPhone and other associated Apple products swings the pendulum in favour of the MacBook Pro once more, with connection between products, connection to Apple’s iTunes Store, and uploading to the expansive file­ storage service iCloud all big draws. Performance wise, both formats feature models of impressive capability, the ​Lenovo IdeaPad Y700, for instance, boasts 16GB of RAM and a 2.6GHz Intel Core i7­6700HQ processor, while the very top­spec MacBook Pro makes use of a 2.5Ghz Quad­Core Intel Core i7 processor and AMD Radeon R9 graphics card.

In terms of resourcefulness, PC laptops offer lots to students for a relatively low price. Models such as the Dell XPS 13, priced at $799, run the latest edition of Microsoft Office Suite, perfect for writing that last­ minute essay or creating a special­ effects laden PowerPoint presentation for tomorrow’s seminar.

Furthermore, models such as the Asus Zenbook UX350, featuring a clear and responsive keyboard, a straightforward graphical user interface and excellent social integration are clear winners in terms of functionality and ease ­of­ use. Wi-Fi connectivity is also wonderfully quick and very straightforward to access. The Asus, priced at $794, is relatively cheap to purchase. The Macbook Pro (priced between $1,099 and $2,499 ), also offers several key features to attract students, including a 3­ month free trial of Apple Music, and a wealth of useful programs such as iTunes and Facetime.

Both PC laptops and the MacBook Pro have made significant strides in terms of battery life. The latest 13­inch MacBook Pro supports up to 10 hours of internet browsing, while the similarly priced Toshiba Kirabook reaches the 9 hour, 7 minute mark. Other models, such as the Lenovo ThinkPad X260 (priced at $999), the Acer Aspire One Cloudbook (priced at $218), and the Sony Vaio Z (priced at $1,549), have all been found to reach well­over the 10 hour mark of continuous web­ surfing.

Where both the Macbook Air models and Macbook Pro models appear to outperform is in their overall lifespan. The unibody aluminum shell of the latest line of MacBook Pro features, like most Apple products, very good build­quality and strength, while the products themselves come with very strong warranty agreements and the unique ability to enjoy free repairs at your nearest Apple Store.

In terms of overall performance, the highest specification MacBook Pro currently on the market, priced at $2,499, is top of the tree, featuring a 2.5Ghz Quad­Core Intel Core i7, with a AMD Radeon R9 graphics card and 16GB of internal memory. Nonetheless, cheaper PC laptop alternatives also come close. The recently­ released Dell XPS 13, for instance, packs in an Intel Core i7 processor, a Quad­HD touch display, and 8GB of internal memory, all for a mere $799. If you are in the market for something with a bit more grunt, the highly impressive Lenovo IdeaPad Y700 (priced at $1,035), with 16GB of RAM, a 2.6GHz Intel Core i7­6700HQ processor and a beautiful 15.6 backlit screen, makes the perfect companion for enjoying high­-definition video or playing power-hungry video games with online friends.

In conclusion, the choice really depends on your budget and needs. If you are after a good-­looking and lightweight laptop with an extensive battery life, the MacBook Air is an excellent choice; however it does come at a price of ​around $1000. The current line of Windows laptop PC’s, priced anywhere between $​300 for the ​Acer Aspire Notebook, and $1,799 for the Sony Vaio Z, come with all the useful Windows programs and office suites you would expect, plus a straightforward menu design and lots of options for customization. If, however, you are after the very best in laptops in 2016, the current 15” model MacBook Pro offers fantastic styling, a bright and beautiful screen and very impressive performance, though for the higher price of $2,499.

Your Mac provides several tools to help you identify it. The simplest is About This Mac, available by choosing About This Mac from the Apple () menu in the upper-left corner of your screen. The other is the System Information app. Learn how to use these tools to identify your Mac.

If you don’t have your Mac or it doesn’t start up, use one of these solutions instead:

This article lists MacBook models only. You can find similar information for MacBook Pro and MacBook Air.

MacBook models are organized by the year they were introduced, starting with the most recent. Click the model name for detailed technical specifications.

MacBook models from 2015 and newer can run the latest version of macOS. For models from before 2015, the latest compatible operating system is noted.

Beginning in 2018, this MacBook model is available in space gray, silver, and the gold color shown here. 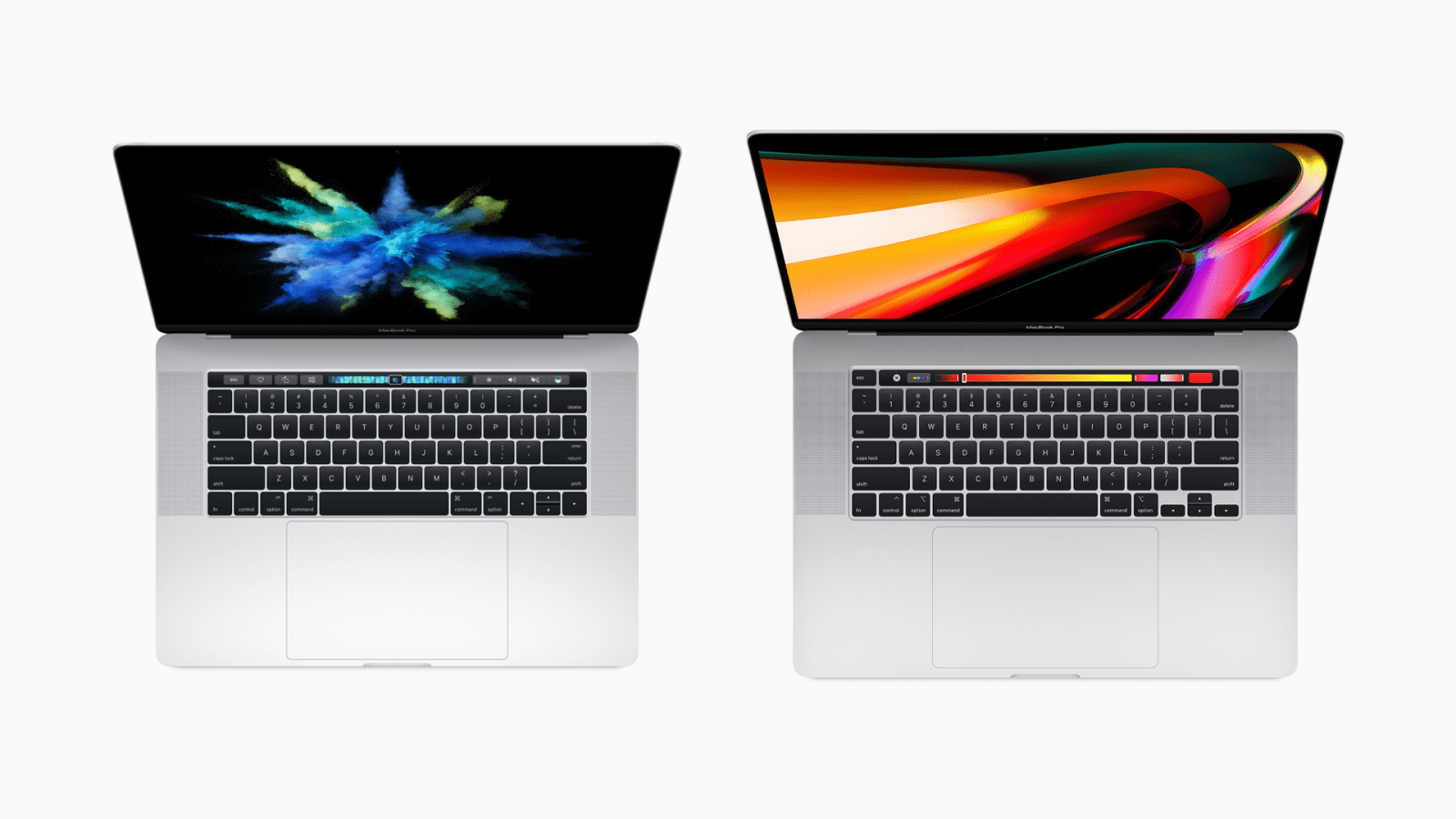