There is no shortage of video editing apps for Android on Google Play Store and App Store, but most of them add a watermark in the final video footage, as a way to market their name or force users to upgrade to a paid version (PowerDirector and Kinemaster). While there is nothing wrong with adding watermarks or making money, if you are looking for basic video editing, thankfully, there are some free options. Today, I will share a list of free video editing apps for Android and iOS without watermarks. Let’s begin.

If you are running stock Android, chances are you already have a decent movie editor built-in – Google Photos.

The photo viewer gives you two options to edit videos – it can either automatically mix your clips and some music to create a new video for you. Or you can use a custom video editor. To edit custom videos, open the Google Photos app, and select the bunch of different movies and photos that you want to include in your movie. Next tap on the ‘+’ icon on top and from the drop-down list select ‘Movie’ option. Google Photos will put together every clip you have selected in one movie while showing or hiding the unused portions of a clip, You can also tap on the music icon below the video and choose from various tracks provided by Google or even use your own music. 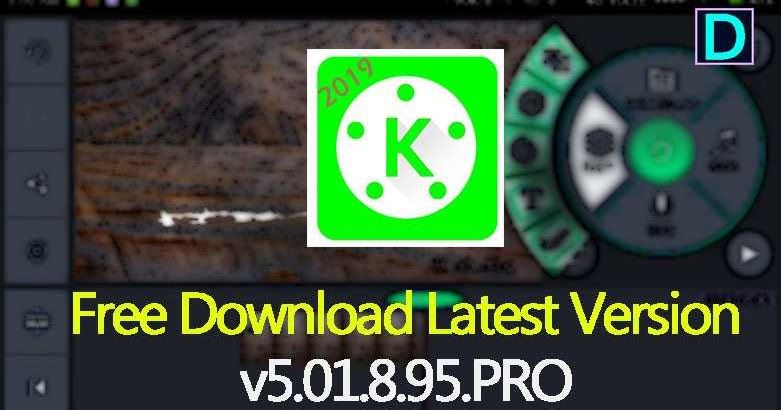 Google Photos is a cloud-based video editor, so you’ll need an active Internet connection to work. While your photos and video clips are uploaded to Google server, you can change the order of your videos, trim them, add text overlay and add movie filters like cinematic or black and white.

Verdict: Google Photos is a good alternative to the popular Magisto app but without the watermark, and it offers unlimited cloud storage.

Timbre is another good video editing app for those who are looking to cut, join, split, convert and merge videos as well as audio files. If you don’t like a particular part of the video you just shot, you can easily remove it with the app. Similarly, if you looking to join multiple videos from different angles, Timbre can help.

Other features include controlling speed, extracting frames, and converting video to audio. There is no limit to the number of files you can manage and join. The app is completely free and comes ad-supported. Verdict: While Timbre does offer some very useful tools that are much needed by even regular video makers, it still falls short when it comes to the broad array of features that other apps are offering. Also, don’t expect precise video editing from the app as it works in one-second intervals.

KlipMix is another amazing app that is free to use and comes with no watermark. You can easily create a mix of photos and videos and reorder them with a neat drag and drop UI. While it does allow you to add audio and music in the background.

KlipMix feels short of some advanced features, (like the ones I will be covered below). But then again, not everyone needs those features. Some of us are happy with what KlipMix has to offer, an easy and quick way to mix Klips!

One cool little feature is the ability to rotate videos. This has happened to me. I shot a video only to realize it is upside down!

Verdict: KlipMix is a smart little tool that will quickly allow you to mix some clips to create a video, with no watermark. It also allows you to share it on Facebook or Instagram.

Quik is another automatic video editor like Google Photos. It comes from the makers of the award-winning GoPro sports camera. Being a huge GoPro fan, I was really excited to test this app.

The app is intelligent enough to automatically find important moments in your videos and add effects and transitions to it. By default, Quik includes a small watermark at the end of the video, but you can easily remove by tapping on the option at the bottom of the screen.

You can choose up to 75 photos and videos to create one video that will play in sync with the beat of the music. Remember how, in the movies, the beats in the soundtrack are used at just the right moment to signify a punch in the face? Something like that.

It comes with 23 predesigned video styles to choose from complete with transitions and effects. There are a number of other small features that are beyond the scope of this post. Just try it yourself.

You can also do all this manually, which is recommended because you will have more control over the outcome and understand better how the app works.

Verdict: While the AI/algorithm was not very accurate at figuring out the best moments and shots from each video while editing, the app works great if you have the patience to go the manual route. GoPro is after all the king of action cameras.

Vita is a fairly new trending video editor for mobile. I would consider it as the all-in package if you want to edit videos for YouTube, Instagram, or TikTok. It has lots of built-in text templates, animations, music, and video effects. It lets you export in 1080p without watermark. Similar to Quik, it has built-in video templates where you just have to add your video clips and Vita will take care of the music, filter, and transitions.

Vita is a good editor but it misses out on complex tools like chroma-keying, multiple layers, etc.

Verdict: Vita is the best video editor for IGTV and TikTok.

In addition to everything I mentioned above like trim, join multiple clips together, and add your own soundtrack, Adobe Premier Clip comes with a lot of advanced options. You can also use the app to apply basic color correction, which is a rare feature in most Android video editors.

There are certain limitations though, for instance, the titles are very basic, you can’t add them on top of the video. Similarly, you can only add soundtracks at the beginning of the video. If you want to add multiple soundtracks or play audio in the middle of the video, there is no option for that either.

On the other side, if you are adding multiple soundtracks, the app will automatically adjust the volume for uniformity. You can also add title slides. Being an Adobe product, there are a number of filters, exposures, and effects to choose from.

Verdict: Adobe Premiere Clip is a simple video editor for Android if you are looking to clip, merge, or join two clips with single background music.

FilmoraGo is a mobile version of the popular desktop app Filmora9. Just like the previous apps, it has all the basic options such as trimming, cutting, adding music, transitions, etc. On top of that, it has some new features that are missing in other video editing apps in this list like video resolution (square 1:1 videos for Instagram, 16:9 videos for YouTube and slow-motion video, etc. There is still no support for editing videos in the layer, but I guess that’s okay for free software.

The only caveat is, while there is no watermark or time limit, there is however Filmora does show a wordmark at the end of the video, which you can easily remove either by upgrading to a premium version or using the native trim feature available in YouTube and Instagram.

Verdict: FilmoraGo is a simple video editor for android if you are looking to clip, merge or join multiple clips with few visual effects and transition.

Stop Motion Studio is a novel app on this list. It is less of a video editor and more of a stop motion creator. We have a step-by-step guide for Stop Motion, you can go through it for better clarity. In simple words, stop motion is an arrangement of photos that quickly play through to give you an illusion of fast-forwarded video.

You need to set up your Android or iPhone on a tripod or a still place because we need all the shots from the same angle, a handheld frame is not suggested. Now, you need to perform some random movement in the frame and keep on capturing pictures. Once you are done taking pictures, hit the Play button just above the camera shutter. You can delete or merge frames within. Stop Motion allows you to edit the photo with a full-fledged inbuilt editor.

The only thing missing in the free version of the ‘Stop Motion Studio’ app is background music. But on the flip side, there is no watermark and you can export 1080p footage for free (on iPhone the highest export resolution is restricted to 720p).

Video Editing Apps For Android And iOS Without Watermark

While you won’t find a desktop-like video editor on mobile, if you are looking to make quick edits from your phone, here are some basic video editing software, you can use for free.

I like Quik because it is 100% free, runs without ads, and offers a number of features you did expect from a maker like GoPro. It is a feature-rich app that simply works. The algorithm is not perfect but that is not why the app won the Editors’ Choice award. If you are looking for even more options, VideoShow is a cool alternative. Video editing apps without watermark. So, which one are you using to edit videos?